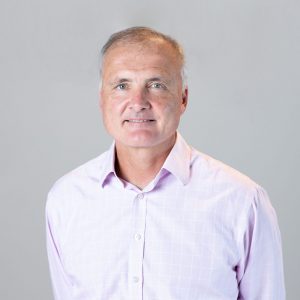 Lee Goddard CSC joined the Minderoo Foundation based in Sydney full time in January 2021. The Foundation is a modern philanthropic organisation that takes on the tough, persistent issues with the potential to drive massive change. They incubate ideas and accelerate impact. They push the limits of what is believed possible.

The Minderoo Foundation is independent, forward thinking and seeks effective, scalable solutions. They are proudly Australian, and one of Asia’s largest philanthropies, with more than AUD $2 billion committed to a range of global initiatives.

He continues to serve in the Royal Australian Navy as an active reservist and has been fortunate to have experienced many ‘careers within a career’ during more than 34 years continuous full time service in the Navy. Prior to joining the Minderoo Foundation he was dual appointed as Commander of the Joint Agency Taskforce ‘Operation Sovereign Borders’ and as Commander, Maritime Border Command. This was preceded by a two year secondment into the Department of the Prime Minister & Cabinet (National Security and International Policy).

In 2009 he was an inaugural member of the ‘New Generation Navy’ Team, as Director for Transformation & Innovation, before he was selected to attend the US Naval War College in Newport RI, where he joined the Naval Command College, graduating in June 2010. He was subsequently selected as an International Fellow, teaching within the Department of Strategy and Policy at the Masters level.

On his return to Australia in early 2011 he assumed the position of Director Military Strategic Commitments, working within the strategic level of Defence and across Government. He returned to sea in late 2012 to assume command in the upgraded Anzac Class warship HMAS PERTH (F157). On promotion to Commodore in late 2014 he assumed the role of Commander Surface Force, commanding 18 major warships and over 3000 personnel.

He has contributed to a range of professional and academic journals focused on national security, maritime issues and international affairs. He is a Vincent Fairfax Ethical Leadership Fellow 2021 and completed the Executive Cranlana Colloquium in 2018.

He was promoted to the rank of Rear Admiral in December 2018.